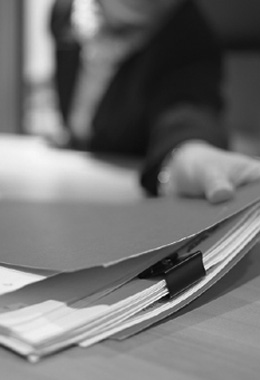 Brief Explanation of the Legal System

Trademarks in Argentina are governed by Law 22.362, which has adopted the first-to-file system. Argentine legislation on trade marks applies equally to nationals and foreigners.

Argentina has adopted the International Classification of Goods and Services established by the Nice Agreement. Argentine Trade Mark Law provides an open list of signs which may be registered as trade marks, the only restrictions being those expressly specified by the law.

Cases of trade marks which may not be registered, expressly listed in the Law, may be divided into two main groups:

I) Signs which are not distinctive enough to be considered trade marks, (i.e. the current designation of a product or service, signs which have become part of general use, the shape and colour of the products).

II) Signs which are distinctive enough to be considered trade marks but whose registration is expressly barred by law. These cases are:

a) Trade marks identical or similar to others previously registered or applied for.

b) National or foreign designations of origin.

c) Trade marks which may mislead consumers as to the nature, properties, origin, quality, function, etc. of the product.

d) Words, designs and any other sign contrary to public moral.

f) Letters, words or symbols used by foreign nations and by international organizations recognized by the Argentine government.

g) The name, pseudonym or portrait of a person without his consent or that of his heirs.

h) The name of activities, including company names which describe their activity (bank, hospital, etc.) may not be registered to identify products. However, the law specifically allows the registration of distinctive signs which are part of said names to identify products or services.

Trade marks or service marks may be applied for by any person or persons with a legitimate interest. No evidence of such interest is required unless questioned by a third party.

Applications are published once in the Trade Mark Bulletin for opposition purposes; such Bulletin is released once a week (generally on Wednesdays). There is a thirty-days period for third parties to submit oppositions, counted as from said publication date. The application is then submitted to a first examination by the Trade Mark Office authorities, who notify any objections together with the oppositions filed by third parties.

If the applicant obtains the withdrawal of all oppositions filed and replies satisfactorily to all objections posed by the Trade Mark Office, the application will proceed to registration.

Rejection of an application by the Trade Mark Office may be appealed before the Trademark Office and/or the Courts.

If the opponent does not ratify the opposition, the administrative decision stage will not be opened and the opposition will be deemed as a mere “letter or protest”. It will be at the examiner’s own discretion to consider whether the arguments of the opposition were well founded or not. In the affirmative, the “letter of protest” will be treated as a citation (Office Action) and the applicant will have to overcome the citation by filing a response thereto with the TMO.

Use of a trademark to avoid cancelation:

The TMO may, on its own motion or at the request of a third party, declare the cancellation of trademark, totally or partially, in relation to the products or services for which it has not been used in the country within within five years preceding the date on which the action was filed, except when force majeure reasons prevented such use. The TMO’s administrative decision on the cancelation action may be appealed to the Court of Appeals.

This new system has not come into force yet. Regulation is pending.

A trademark which has not been used for products/services in a given class does not expire if the same trademark was used in the commercialization of a similar product or in the provision of a similar service, even if such product/service is included in other classes.

Once a trademark has been registered for 5 years, and before the expiration of the sixth year, its holder must submit an affidavit regarding the use of the trademark up to that moment.

This new system has not come into force yet. Regulation is pending.

Affidavit of Use for renewal purposes:

Actual use of a trademark in the market within 5 (five) years preceding its expiration date  is mandatory for renewal purposes.